Graduates at Smith College’s 121st commencement on May 16th heard a speech that, without a doubt, left a profound impact on their thoughts about the Arts. The speaker was Jane Alexander, award winning actress, producer, writer, and former chair of the National Endowment for the Arts. Preceding her speech, Alexander was awarded an honorary Doctor of Fine Arts degree from the college. Her encouraging words reflected, among other things, her intense enthusiasm for the Arts with a fervor that left no room for compromise. 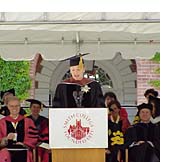 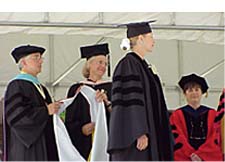