Once, years ago now, I visited an avant-garde theatre in Los Angeles. A variety of micro-plays were to be presented. Among the evocative titles, one piqued my interest: Smoking Hamlet. 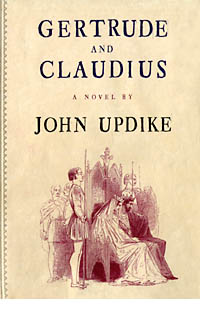 Imagine, if you will, a darkened stage. A spotlight is focused on the exact center of the stage, a circle of glowing light penetrating the inky darkness. The actor, dressed in black tights, walks out of the wings and into the luminous column. His black clothes seem to soak in the glow, absorb the light; rather than lift him up, the light seems to weigh him down. He is morose, a grim figure. This is Hamlet, obviously: depressed, brooding, confused. He stops in the light, produces a pack of cigarettes and taps one from the pack. With an over-dramatic flourish he flips open a Zippo(TM), lights the cigarette and inhales deeply. The cloud of his exhale fills the stage. “To be or not to be,” he solemnly intones. “That is the question. Whether it is nobler in the mind to suffer the slings and arrows of outrageous fortune or to take up arms against a sea of troubles and by opposing end them.” He pauses, takes a long drag of the cigarette and exhales again. After an interminable pause, Hamlet turns and walks off the stage, leaving the audience with the burden of the unfinished soliloquy, dire expectation and the bitter aroma of burning tobacco. In his new book, Gertrude and Claudius, John Updike similarly evokes the specter of Hamlet but refrains from bringing him into the action. And, like Smoking Hamlet, the anticipation this inures is truly remarkable.

Gertrude and Claudius tells the story of the King and Queen of Denmark before the action of Shakespeare’s Hamlet begins. The novel begins with Gertrude as a young princess. It chronicles her marriage to the man that will become King Hamlet, her eventual affair with the King’s rogue brother and the fratricide that will later initiate Hamlet’s tragic recourse. However, Hamlet is hardly involved in this story. His birth is treated as a non-event, his boyhood is related through conversations, whispers, parental worries. We learn, for example, that Hamlet prefers the company of Yorrick, the court fool, to either that of his mother or father. By the time of his father’s murder, Hamlet is far removed from the picture at a university in Wittenberg.

The magnificence of this novel far surpasses the predetermined narrative. Updike apparently not only drew from Shakespeare, but from the same sources as Shakespeare; this story has already been chiseled into literary stone. The genius is in Updike’s ability to make it new. We already appreciate what will happen, but willingly ignore our foreknowledge, abandoning ourselves to the pure delight of these characters. Updike brings them alive, infusing Gertrude with a demure princess’ sensibility, King Hamlet with a voracious warrior’s mien, and Claudius, not with the traitorous spirit perceived in Shakespeare, but with an old bachelor’s fatalism—a character as little able to alter his future as any of The Bard’s tragic heroes.

There are many metaphors that I could employ here. I could say that Hamlet “waits in the wings” of the narrative and that the presence of Hamlet lurks “just offstage” from the novel’s action. Or, as the dust jacket states, the events take place “on a stage darkened by the ominous shadow of a sullen, disaffected prince.” And while these theatrical metaphors are something of a cop-out, they are no less true because of their cop-outness. Despite the compelling narrative, freshly rendered characters and beautiful (almost Shakespearean) prose, Hamlet is the dominant character in the novel. Like Godot in Beckett’s masterpiece of expectation, Hamlet is talked about but remains dramatically unseen. In Beckett, Godot’s absence is the point, establishing the apprehension of his coming while refusing to resolve such existential stress. In G&C, Updike knowingly courts our expectation, holding off on Hamlet and the fate which he will bestow on the characters. Skillfully employing this suspenseful postponement, Updike makes us sympathetic to characters formerly relegated to the fictive periphery. This is where Updike shines. In G&C, he imbues these classical characters with a kind of twisted modernity: familial dysfunction, the inability to completely communicate difficult emotions, misplaced desire—all of which has a haunting human resonance that will bear forth in future readings of Shakespeare. This is truly remarkable! After reading this book, I will never approach Hamlet in the same way again.

It would be dispensable to say that G&C is a masterpiece, the work of a brilliant novelist in full command of his considerable powers. But that is just what I want to say. In this, Updike’s 19th novel, he seems to understand the power of Hamlet as one of the dominant characters in the literary imagination. The book establishes what might have been the motivation behind the Shakespearean characters.

The book is divided into three sections in which Updike employs the names of the predecessors to Shakespeare’s characters, drawing from the Historia Danica in Part I, Histoires tragiques in Part II, and bringing them finally to the recognizable nomenclature of Shakespeare in Part III. These evolving names have a way of making the characters more real. Hamlet’s mother, for example, is called Gerutha in Part I, Geruthe in Part II, and Gertrude is employed in the third portion of the book. She evolves from princess-innocent to doting mother, frustrated by the young ambivalent prince, bemoaning his physical and emotional absence, certain that his swift marriage to the beautiful Ophelia will dispel the prince’s unfortuitous disposition. The same is true of Claudius. Before we know it, Updike has us involved with the man. The murder of King Hamlet makes sense. His quick marriage to Gertrude is logical. It is as if Updike is slowly removing the characters from the pages of legend, dropping away the myth as Michelangelo removed inappropriate chunks of marble, chiseling at the malformed block until the true form emerges. For Updike, the reality is not the historical account; it is Shakespeare. By the end of the novel, we have not only come to sympathize with the characters, we recognize them. For us too, Gertrude and Claudius are as human as Shakespeare rendered them. As the immortal play emerges from the murky depths of Danish history, so does Hamlet edge toward a glowing column of light. Once there, all energy will be absorbed by his implacable presence.

Gertrude and Claudius is a book of expectation. It is a mighty finger pointing to the inevitable. Yet, it is a marvelous story in its own right. In terms of narrative excitement, it has it all: violence, courtroom intrigue, murder, lust, sex. Your inner-groundling will be thrilled. It is a story of a dysfunctional royal family struggling to right itself and come to terms with its past turmoil and indiscretion. Hamlet, hidden yet ever-present, is the point of doom, a gaping and raging wound, a febrile black hole poised to destroy all that surrounds him. In G&C, Updike has created a wonderwork that somehow is able to stand on its own feet while depending on the inherent power of Shakespeare. For Updike however, Hamlet is not a crutch on which to lean; it is a pedestal on which to shine.