You know right away by the title of Bill Corbett’s latest book of poems, Boston Vermont, that the contents will have a sense of place, if not of punctuation. Being well versed in unconventional prosody, you don’t say, “I know there’s a Cambridge, Vermont—it’s up there near Johnson and Smuggler’s Notch on the Lamoille River. According to my Vermont Gazeteer there’s even a Cambridgeport, Vermont, and a Manchester, Vermont. For all I know there could be an Athol, an Uxbridge, and a Belchertown, Vermont.” You’ve been around, and you suspect that the punctuation or the conjunction is missing from the title for a purpose—that the book promises to emphasize an essential lack of difference (or surfeit of similarity) between these seemingly irreconcilable New England places.

After reading a few of the poems and realizing that Corbett isn’t going to make a big deal about it, you don’t worry about the title that much, or expect much to come of it, not even after the first poem, “Mirror, Mirror,” probably the best of several plaintive, revelatory, introspective pieces in the book. Soon enough you realize that these casually personal (as opposed, say, to dramatically confessional) poems are going to insinuate themselves into your consciousness and please you well enough, like the pillow you’re leaning into on the couch where you read.

The poems serve up an assortment of appetizing memories of gabby dinners in Vermont, affectionate descriptions of the poet’s writing students past and present in Boston (or Cambridge), tributes to jazz greats, longish, ruminative letter-poems to friends and family. The grave but warm work is not deceptively simple, but it is truly accessible, written in a notational, short-lined, unfretful free verse more reminiscent of pop-art poets Frank O’Hara and James Schuyler than it is of the slightly more Beat literary cousins Jack Kerouac and Gary Snyder they used to see at poetry-family reunions.

They’re so accessible, in fact, and so generous with personal detail that before you know it you’re with the poet in Vermont sharing his food and friends like a pleasure-ripened bohemian should:

We ate chicken
rubbed with five spices, fried
bananas after homemade pizza
and still cleaned our plates
of strawberry tart. Howard told
the tale of their cat lost at Dulles
Airport and, miraculously, found
there. The wine flowed as it always
has here and the cold coming on
we wrapped ourselves in sweaters
and drank some more.

You’re with the poet when he exorcises “A Hurt Unexpressed” in that notational style (heavy on the quietly jazzy, predictably unpredictable enjambments) that was used to similarly personable effect not first by O’Hara and Schuyler or their cousins Snyder and Kerouac but by their great uncle William Carlos Williams:

A week passes but
troubles remain heavy on
the mind as July dew
and if half burned away
by the rising sun, heavy
again the next morning.
What to do when
a friend derides and
mocks you at her own
dinner table?

You’re with the poet, even, when, composing a variation of Williams’s well-known “The Last Words of My English Grandmother,” Corbett remembers and hangs on endearingly to “My Mother-in-Law’s Last Words”:

You’re with him when he waxes bucolic, in his desultory way, with his dogs (one named for a poet, the other for an actress [I think]) at the country retreat: 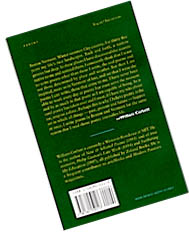 In the sun, Schuyler
asleep on my feet
while Nora, sniffing,
paws weeds and moss
between patio brick.
Some action of light,
clouds and billowing north
wind grapes the lake
in splotches, a stained
slate green tablecloth
pushed by the wind
that blows itself out
by nightfall when clouds
depart, a near frost
coming on and the knob
of something swimming
too far out and fast
for binoculars stored
away in a cupboard
veers across calmed water
out of sight.

Boston Vermont is a quiet and unassuming book of snuck treats, affectionate yet feisty, perhaps best in the longer poems that lead the scent-sniffing poet to statements of conclusion and compromise. Underlying it all is a bittersweet satisfaction with age—”How soothing and how right/we are to remind ourselves/we ever want what we have.”—and with the work of getting in edgewise, between dinner table conversations, dog walks, and visits to prose manuscripts that need to be revised “again and again/starting from scratch each time/until a guest room won’t hold the pages,” the kind of stolen-moments poetry he writes, that “abides no schedule.” 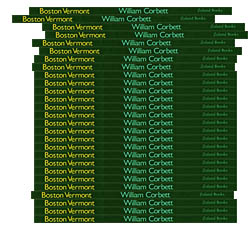 Corbett’s literary great-great uncle William Carlos Williams once noted, with considerable understatement, that there’s not much to poems really—just “the news,” he said facetiously—but that men died daily for lack of what is found in them: the satisfaction of salvaging experience the way Corbett tries to do and often succeeds in doing, not by thumping his chest to get attention but by discovering a kind of quirky wisdom through attentive observation and description.

The ability to get a good poem written—or rather, the finishing of the writing of a good poem—satisfies intensely. No wonder then that the lucky writer who manages to sneak one by the self-censor once in a while is tempted to take the liberty of making statements about the beauty of poetry. And how nice it is that Corbett has made some statements in this book that warrant notice, including the following reflection (on his own frequent and affecting use of the “list” poem, the poem that accumulates energy, generates momentum from its long itemizations like a train with boxcars full of cargo, finds safety in a number of examples):

Poetry
loves a list. Yet where
are the fresh lines and how
to eliminate the many ands,
thens which is a way of
saying that you want the
narrative to stay but the
prose, the clothesline
to go.