For Americans weaned on Marvel and Hollywood, the comic book might seem an unlikely candidate for “The Ninth Art” (after Architecture, Sculpture, Painting, Music, Dance, Poetry, and later, Film and Television), an honorific bestowed by 1960s French film critic Claude Beylie, who expanded on Italian film theoretician Ricciotto Canudo’s manifestoes, The Birth of the Sixth Art (1911) and Reflections on the Seventh Art (1923). But the nascent graphic novel invasion, a European import, has slowly been transforming the comic into a “serious” art form, one that has been dismissed and denigrated largely because of snobbery, auto-censure dating from Senator Joseph R. McCarthy’s 1950s, and, ironically, a popular culture that has contained it in the adolescent. 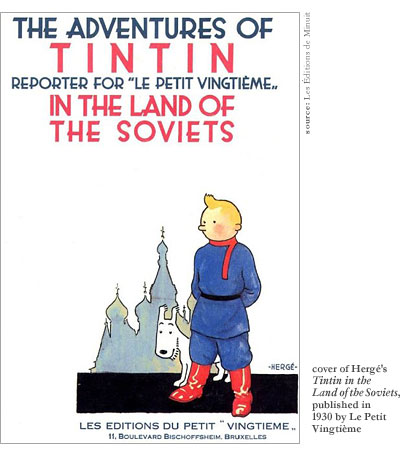 Prepared by mainstream acceptance of Pop, Psychedelia, post-Situationist Punk, and Graffiti (just to name a few), thirty years of imported Japanese manga, and the recent spate of feature film adaptations of Marvel superheroes and graphic novelists, this uniquely 20th Century medium has acquired a sophistication that legitimizes its claim to fine art status. It is also a crossroads in these synthetic times, combining the language of film, literature, art, poetry, and music. And at the same time, it reprograms our neurons to accept illustration, design, and typography as “real” art as publishing gets redefined by electronic media and print media blurs our definition of multimedia.

Embarrassed by shallow, melodramatic storylines, Halloween costumes, onomatopoeia, thin pulp softcover printing, etc.—essentially, a vestigial refusal of “childish things”—American adults still don’t yet have the reverence or the reading habits of the Japanese (manga) or the Europeans (graphic novels) when it comes to comics. But it’s starting to happen.

In an online essay entitled The Power of the Marginal, programming guru Paul Graham (June 2006) had this to say about emerging art forms: “Before Durër tried making engravings, no one took them very seriously. Engraving was for making little devotional images—basically 15th Century baseball cards of saints. Trying to make masterpieces in this medium must have seemed to Durër’s contemporaries the way that, say, making masterpieces in comics might seem to the average person today.” His remark speaks volumes about the “shock of the new,” more precisely the result of personalities than works, a little-observed fact. It also speaks about the social background that allows artists to mirror their times, and, as we all know by now, the medium. But if art is supposed to disturb, come from the margins of society, and change our perceptions, then the comic book industry is about to revolutionize our perception and interpretation of the present. This loam of low-brow pretense is the garden from which the Hokusais, the Durërs, and the Dorés will blossom and transform our interpretation of time, our time, as well as the relationship between text and image, narrative, the language of communication, and, yet again, what is art and who is an artist. If it hasn’t already.

The origins of the graphic novel are tricky and obfuscated, partially the result of market forces and partially the result of passion. It all depends on who you ask—much like the definition of what exactly a graphic novel is also depends on who you ask. Technically speaking, a graphic novel is simply a large-format, slickly-printed (more often than not) hardcover comic. Generally speaking, the American definition has evolved towards what the originator of the format, Franco-Belgian comics, knows only as bande déssinée. There is no Francophone distinction between comics and graphic novels—it is all “BD” (pronounced “bayday”)—and, like manga, covers the gamut from children’s books and adolescent horror, science fiction, adventure, and fantasy to adult drama, romance, crime, history, politics, and everything in between; even outside, like hardcore pornography. Frank Miller’s hardcover 300 (1998) or Marjane Satrapi’s softcover Persepolis (2003-2005) are two of the most recent examples of the genre and emblematic: more serious, more mature, more literary than comics. 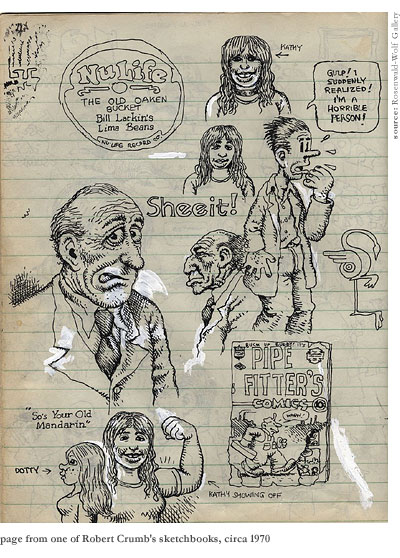 In the language of cinema, graphic novels are storyboards. There is a plot; there are character arcs, flashbacks, elastic time, voiceoffs, blocking, montage, etc, and space, form, line, color, motion, framing, lighting, effects, etc. And, significantly, comics and graphic novels are figure-based, representational. And print-ready drawing—the drawings are not the finished product, the book is. Yet another reason for the high-brow prejudice—a book is commercial, industrial, repeatable, cheap… and unframeable. It’s a “collectible,” “merchandise.” Think Warhol. Then think James Rosenquist. Then livre objet, that other French contribution creeping into our vocabulary. Then, maybe, jazz. Or Dickens’ serialized novels. Or Mark Twain’s. Or Ben Franklin’s Poor Richard’s Almanack (1732). Or Alice in Wonderland.

There are countless histories of and scads of scholarship on comics. A century after comic strips were introduced in newspapers, there’s a lot of water under the bridge. A complex array of cultural, political, economical, and historical factors are responsible for the emergence of the graphic novel. Briefly, up until the 1980s, comics in the United States were nothing more than “toys,” much like they had been since 1954, when the publication of Dr. Fredric Wertham’s Seduction of the Innocent resulted in Senate subcommittee hearings on juvenile delinquency, compelling publishers of previously risqué, adult-themed comics to establish the Comics Code Authority. “The CCA prohibited depictions of gore, sexuality, and excessive violence, as well as scenes with vampires, werewolves, ghouls, or zombies. It also mandated that authority figures were never to be ridiculed or presented disrespectfully, and that good must always win.” (Graphic Novels: Suggestions for Librarians, online article by the National Coalition Against Censorship, the American Library Association, and the Comic Book Legal Defense Fund, 2006.)

This was business as usual for Superman (1938), Batman (1939), and Captain America (1940), for example, but it forced publisher Bill Gaines, whose father had invented the Sunday funnies, to abandon nearly all of the titles he had in favor of one, which he then converted to a magazine format to circumvent the CCA—the satirical MAD. The first serious critical analysis came, unsurprisingly, from Marshall McLuhan’s Understanding Media (1964): “MAD is a kind of newspaper mosaic of the ad as entertainment, and entertainment as a form of madness.” Underground, the comic was undergoing a transformation that would parallel the rise of the 1960s counterculture. “Comix,” now unabashedly provocative, raw, and self-published, or small press editions, addressed not only sex’n’drugs’n’rock’n’roll but political and social themes. Robert Crumb, immortalized in Terry Zwigoff’s 1994 documentary Crumb, is often cited as the father of the American “art novel.” Anecdotally, it’s been said that hippie poster art was to Comix “what the Kingston Trio were to Bob Dylan.” (Victor Moscoso, Comic Book Confidential, documentary by Ron Mann, 1988.) 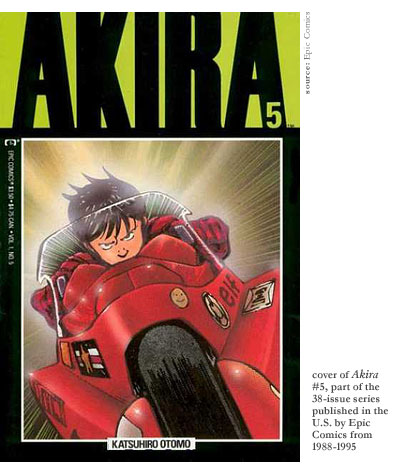 The watershed years for the modern American graphic novel, however, are 1978, when Spirit (1940) creator Will Eisner’s semi-autobiographical collection of Jewish short stories A Contract with God appeared, popularizing the term “graphic novel”; and 1986, with Art Spiegelman’s landmark Holocaust memoir Maus: A Survivor’s Tale (many years after the groundbreaking Holocaust fable Master Race [1955] by Bernard Krigstein). Originally published as a three-page strip in 1972, the resulting 1986 graphic novel won a Pulitzer Prize in 1992. Being “hard to classify,” it received a Special Award.

The uniqueness and broad demographics of the graphic novel—making categorizing and shelving a challenge for marketers, booksellers, and librarians—resulted in a new category of spine-fiction. In the late 1970s, as malls and mass marketers killed off corner newsstands, publishers also began to sell to specialty comics boutiques. This niche direct-marketing revolutionized the industry, most importantly from the legal and economic perspective. Formerly work-for-hire artists/writers became creator-owner-publishers with full copyright, character ownership, and royalties, introducing the auteur concept already the norm in Europe and Japan. With this came editorial and artistic liberation.

After Germany invaded France and Belgium in the 1940s, American comics and animation—which enjoyed great popularity, mostly in the form of Walt Disney—were verboten. In the void of slow-returning American imports, the post-war Franco-Belgian market flourished. A Belgian artist named Hergé (Georges Remi), who in 1930 created Tintin in the Land of the Soviets and eventually produced 24 Tintin albums (still published in over 29 languages), created Studio Hergé in 1950 and proceeded to introduce the Belgian ligne claire or clean line style (i.e. geometrical features and realistic proportions of characters, lack of shadows, austere effects, etc.) to a hungry, eager international market. Other schools followed, creating in the cartoony “Comic-Dynamic” style (The Smurfs, for example, one of the most successful comics of all time), and “Realistic” graphic novels.

In 1974, Moebius (Jean Giraud), fellow Frenchman Phillippe Druillet, and Yugoslavian immigré Enki Bilal transformed the landscape with bleeding-edge artzine Métal Hurlant, which, although it folded in France in the early ’80s, lived on in the softer Anglicized version in the United States as the extremely popular Heavy Metal. The late 1980s / early 1990s saw the ascendancy of such painterly European stylisticians as Frenchman Jacques Tardi, Italian Hugo Pratt, and Belgian François Schuiten, but the real fireworks were British—Alan Moore’s V for Vendetta (1982-1988) and Watchmen (1987), Neil Gaiman’s Sandman series (1989-1996), and American-born Scottish émigré John Wagner’s A History of Violence (1997), a long-time partner of legendary writer Alan Grant (whose Judge Dredd appeared in the seminal science fiction comics anthology 2000 AD, a springboard for an entire generation of British graphic novelists.)

The late 1990s culminated in a tsunami of manga, a wave that had been building in the United States since the first late-’70s translations. Unlike Americans, the Japanese had no government hearings on comic book content. The modern art form also had roots that dated at least from the 19th Century. Katsushika Hokusai (1760-1849) was the first to use the word, to describe his less serious work (a series of sketchbooks published in fifteen volumes from 1814-1878). Composed of two characters meaning “in spite of oneself” (or “lax”) and “picture,” manga is loosely translated as “pictorial whims” or “whimsical pictures.” 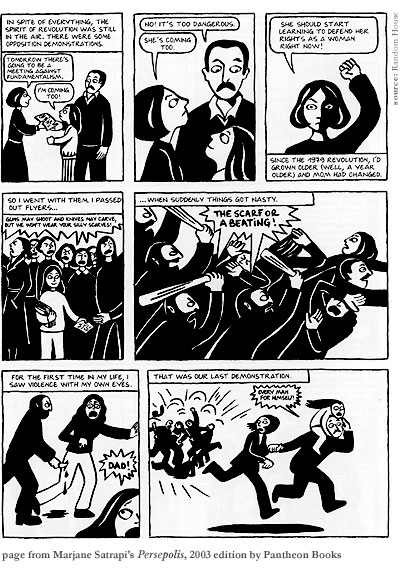 Picture/text scrolls had existed for more than a millennium before Hokusai, but modern manga, according to historians, owes its format to the late 19th Century political cartoons and early 20th Century multi-panel comic strips of European and American newspapers, and the “god of manga,” Astro Boy creator Osamu Tezuka (1928-1989), who transposed the storytelling techniques of the German and French movies he saw as a student in post-war Japan to the medium. Today, manga is the best-selling magazine format in Japan, bar none, and read from cradle to grave.

A copy of the Diamond Sutra (868 A.D.), an illustrated Mahayan sutra on the perfection of wisdom found sealed in a cave in China (1900), is the oldest known printed book. In reductionist terms, it is also the oldest known “comic.” Religion has always had a vested interest in publishing, and, with a mass audience of the poor and illiterate and a mandate to teach children, comics. The Catholic Church started creating and distributing “healthy and correct” magazines for children in the early 1900s, which continued through two wars and were popular up until the ’60s, the time for post-WWII secular comics to rebuild infrastructure. But, more importantly, to reintegrate hope and optimism.

Although traditionally secular, modern manga at its purest (e.g. Akira) is holocaustic, mystical. It’s no coincidence that 1950 was “year zero” for the international reincarnation of the comic, with survivors and immigrants creating new mythologies to efface the past, live the present, and look forward with courage. The pantheon of leotard-clad Marvel superheroes was inspired by and filled a need that Greek/Roman (The Flash is Hermes/Mercury, Aquaman is Poseidon/Neptune, etc.), Norse (Thor), Jewish (the Fantastic Four’s Thing is The Golem), and other mythologies and storytelling had traditionally supplied. Viewed through this lens, the content and audience of graphic novels can only be a response to a spiritual, political, and aesthetic vacuum.

The graphic novel is a six-sided cube of Commerce vs. Art, The Sacred vs. The Profane, and The Elite vs. The Masses. At its core, it is an empowerment founded on the consumer as producer. I read somewhere that the resistance of a medium is essential to an artist. Any resistance to the comic book being the Ninth Art can only be a sign that a breakthrough is imminent. Once we learn to read pictures.