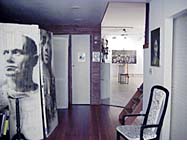 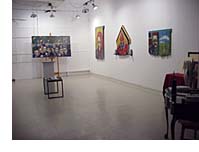 Opened in 1997 in the South End, Space 12 Gallery continues to emerge with the exhibiting of works by Boston area artists, and as well a variety of art from around the globe, including Ireland, Japan, and Germany. It’s now entering its third season. And this September, Space 12 is proud to exhibit the work of Richard Beaman. The show, titled “Discovered Abstracts”, is Beaman’s first in over two decades and features many large paintings created between the early 1970s and the early 1990s that have never before been exhibited. For more information on this exhibit, contact the gallery by e-mail at Space_12@ix.netcom.com or by telephone at 617.423.9760