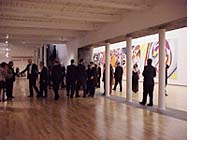 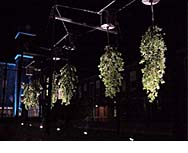 The splendid weather on Memorial Day Weekend in the Berkshires provided the perfect setting for the opening of one of the most astounding projects in 20th Century art. The Massachusetts Museum of Contemporary Art (MASS MoCA), located in North Adams, opened its doors to hundreds of eager people, local and from afar, with a series of kick-off events. Founding director Joseph C. Thompson (pictured below), who has spearheaded the museum’s development since its inception, joined other prominent individuals such as Massachusetts Governor Paul Celluci, Lieutenant Governor Jane Swift, and North Adams mayor John Barrett III in applauding the community and the staff of this project for their efforts throughout the last 13 years. 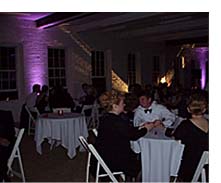 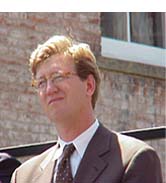