Some might say that it is wishful thinking to long for a group of informed passionate filmgoers with whom to discuss current independent and foreign releases. Some might also say that such groups, if they do exist, are likely to be tightly knit groups of people who know each other and gather together to discuss films in their homes or in local coffee shops. Some might say that this interest in critically assessing a film’s technical and artistic merits would never do well in the age where random images onscreen often leave an audience bewildered or (worse) desensitized. If such things are said, inform them of the highly successful Key Sunday Cinema Club. 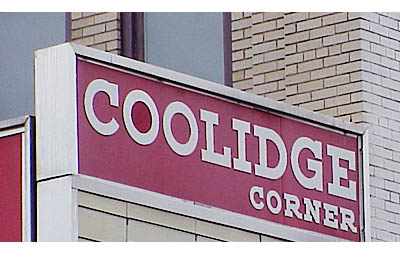 The Key Club is a film lover’s dream. Founded by David and Seena Levy in Washington D.C. in the fall of 1992, the Club provides a refreshing and stimulating forum for members to discuss the latest foreign and independent releases, often long before they have reached mass audiences. One of the most notable parts of the Cinema Club is the discussion following each screening. Monitored by two local film historians and joined by a screenwriter, director, critic, or other film scholar, these discussions let the audience members freely debate their ideas about the film screened.

David and Seena Levy have long been passionate film fans. For 30 years, they have operated specialty theaters in the D.C. area, including Georgetown’s famous Key Theatre. Based on the popularity of their theater, and fueled by their love for high-caliber cinema, the Levys decided to provide larger audiences with a forum in which to view and discuss independent American and foreign films. Hence, the idea for the Cinema Club was born.

According to David Levy, the fan base for the Cinema Club grew rapidly, following a comprehensive article in the Washington Post in January of 1993. Entitled “Movies Beyond the Multiplex,” the article included a sidebar detailing the virtues of the Key Theatre and the Cinema Club. This helped to expand the arena for the Key Theatre’s already-passionate fans and enthusiasts of independent and foreign films. Upon receiving so many requests for membership from people in the D.C. area, the Levys decided to hold alternate screenings in other filmhouses. Though forced to close the Key Theatre in December of 1997, the Key Club continued to prosper, boasting 535 members that year.

Though screenings were held for a short time at the AMC Theaters in Arlington, Virginia, the Levys firmly continued to believe in the proverbial spirit of the independent theaters. For David Levy, much of the appeal of the Key Club comes with supporting smaller, locally run theaters. Though AMC has requested subsequent screenings, the Levys are more encouraged to seek out theaters like Boston’s Coolidge Corner Theatre or San Francisco’s Kabuki Theater in which to hold screenings.

This desire to support other independently run theaters (combined with the phenomenal success of the Club in the D.C. area) provoked the Levys to act upon their desire to expand the Club to other cities. Boston was the Levys’ first expansion city — a place that would prove to be a perfect breeding ground for the kind of quality cinema and discussions provided by the Key Club. Initially, Boston screenings were held at Cambridge’s Kendall Square Cinema, where, in the first season, winter of 1998, over 300 people signed up to become members. Since then, the Key Cinema Club has moved to the Coolidge Corner Theatre, where the seating capacity is greater and the screen is larger than those at the Kendall.

The Levys’ ever-expanding Key Club audience is treated to films of the independent and foreign persuasion. These films are selected from the best offerings at the Cannes, Toronto, and Sundance festivals. From there, distributors send tapes to the folks at the Key Cinema Club, where Club selections are then made.

Much like the popular Telluride Film Festival, filmgoers are not aware of the film before entering the theatre. Audiences seem to respond favorably to this approach, knowing that they are entering the theaters with no preconceptions or biases about the film that is to be screened. Following these “sneak previews” are stimulating discussions. For the Boston chapter of the Key Club, the Levys asked two local scholars to act as co-moderators. Linda Dittmar and Jeff Kline are both formidable scholars and historians who aptly lead the discussions and comment on the historical and critical context of the screened films.

Linda Dittmar, editor of From Hanoi to Hollywood: The Vietnam War in American Film and Multiple Voices in Feminist Film Criticism, is a professor of English at the University of Massachusetts, Boston. Jeff Kline, also a scholar, has contributed significantly to the world of criticism with his numerous articles and book on French film, entitled Screening the Text: Intertexuality in New Wave French Film. Kline is currently professor of French at Boston University.

Choosing these two well-known and admirable scholars has proven to be a wise choice by David and Seena Levy. Kline and Dittmar do provide audiences with historical context and thoughts about the screening; they also genuinely enjoy listening to members voice their opinions as they debate the merits of Key Club selections. Audiences are quick to respond to points made by Dittmar and Kline, proving that members are passionately engaged in the discussions and are eager to discuss quality cinema. 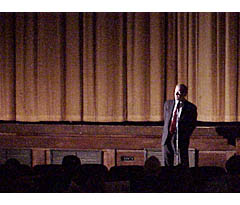 It is, of course, impossible to not be thrilled when reading down the long list of previous Key Club selections and guests. Aside from two excellent co-moderators, filmmaker and actor Davidlee Willson spoke about his film, Autumn Heart, director Frank Whaley visited with his film, Joe The King, and author Howard Zinn spoke to an especially impassioned audience after a screening of Michael Moore’s The Big One. David Levy specifically remembers the Washington D.C. screening of Neil Jordan’s film, The Crying Game, where “one could hear an audible gasp” in the audience as the film’s main plot twist was revealed onscreen. Other notable Key Cinema selections have included Gods and Monsters, Character, Lovers of the Arctic Circle, and most recently, Beautiful People.

Screened at the February 23rd session, Beautiful People is the debut film from Bosnian-born director Jasmin Dizdar. Tracing the stories of several seemingly unrelated people, this film is about the beauty in human relationships, in the everyday, and in the extraordinary. It is a powerful picture, one that the Key Cinema Club was happy to receive from Trimark Pictures via the Toronto International Film Festival. Beautiful People keeps with the tradition of the Cinema Club, in introducing audiences to a film that might not have reached this country for many months to come. Through the expansive vision of the founders of the Key Cinema Club, such films can be seen, appreciated, and discussed.

Though not able to disclose any specific information, David and Seena Levy are looking to expand the Key Cinema Club further. Other points in New England are of interest to them, as they would like to continue to foster relationships with independent theaters. This attitude of supporting local, independent chains is refreshing, considering that the virtues of a mall’s multiplex cinema are few. Despite lacking historical significance and aesthetics, the multiplex is quickly eating away at the footholds previously held by independent theaters. Though it is fortunate that there are many memorable ones in existence – our own Coolidge and San Francisco’s Kabuki Theater, we need to continue to support organizations that promote the use of such places.

Not only does the Key Sunday Cinema Club support independent theaters and films, but it also supports an interactivity between film authority (the moderator and/or guest speaker) and filmgoer. By providing film fans with a context in which to watch and critique selections, the Key Cinema Club encourages the formation of new communities among audience members. That is to say, as people discuss films with each other, new and exciting ideas are introduced. Perhaps this is the greatest asset of the Cinema Club. Or perhaps the greatest asset is providing film buffs with an outlet for their passion.